Fear of the Unknown

Everyone wants to be known.  In those places of business we frequent, there is a particular pleasure when the staff or owners know us by name (accompanied by a smile, preferably)!

I have personally experienced this regularly; well, maybe not regularly.  When your last name is “Grieme,” the mispronunciations are legion.  The fact they remember my name, well this is a more universally appreciated emotion; the fact they can pronounce my name correctly, well, this elevates the experience to a symphony!

I believe this desire “to be known” is one of the reasons for the exponential explosion of social media.  Every post, every like, every share and every platform undergirds our desires to be known!

This ecosystem of need manifests itself within an irony of action.  The very ones who are seeking their value and worth through these digital environs, comport themselves in a manner which undermines their ability to receive this want in actual reality.  We all observe an extremely large (and ever increasing) portion of our society which live their lives, while ambulatory, without the physical connection with another human due to their obsession with a faux, digital world.

Many a young person—and even those not-so-young—come to a devastating conclusion that they cannot maintain long-term employment while being attached to a digital IV dispensing their fix.  Few employers will tolerate snippets of attention to projects they assign to said employee with such an all-consuming addiction controlling them.

Simple response: then they should stop.  The problem is one of conditioning.  These people have spent their whole lives addicted to their devices; they have no experience existing without such a digital presence in their lives.  This is what gives them value and worth!

Back to my beginning, everyone desires to be known, and more, to have value!  Yet for the believer in Jesus Christ, our value is found in the fact that we are known by God!  Jesus Himself refers to us as “His sheep” who “hear His voice” (John 10:27 ESV).  Yet this is important: We are not the sheep of God because we hear (a choice on our part) but we hear because we belong to God and are His sheep!

In these words of Jesus there exists the epitome of all human fears: to not be known.  This exceeds the mere knowing of our name; this is an intimate knowledge which leaves nothing undiscovered.

Herein is our greatest fear.  The fear of being unknown.

Are All Imaginations Created Equal?

Why is it some people are so much more “imaginative” than others?  Why do we value people with imagination?  Is imagination a learned behavior or a developed one?  Can “concrete” thinkers have great imaginations or does this belong only to those who are more “abstract” in their thinking? 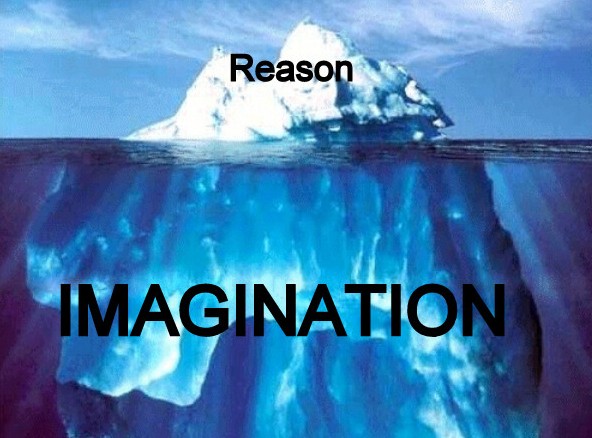 Maybe the question should be, “Does God give imagination as a gift?”

If you take the time to do a search of “Where does imagination come from/originate?” you will find a plethora of information ranging from opinion to scientific study.  Though, admittedly, even many in the science community communicate the elusive nature of the origin of one’s imagination.

Regarding the well-being and progress of humanity, we owe much to men and women over the years who have shared their “imaginings” with the rest of us.  Steve Jobs gave us the iPhone, Isaac Newton the Laws of Gravity, and The Eagles gave us one of the most recognizable guitar riffs at the beginning of their hit song, Life in the Fast Lane! 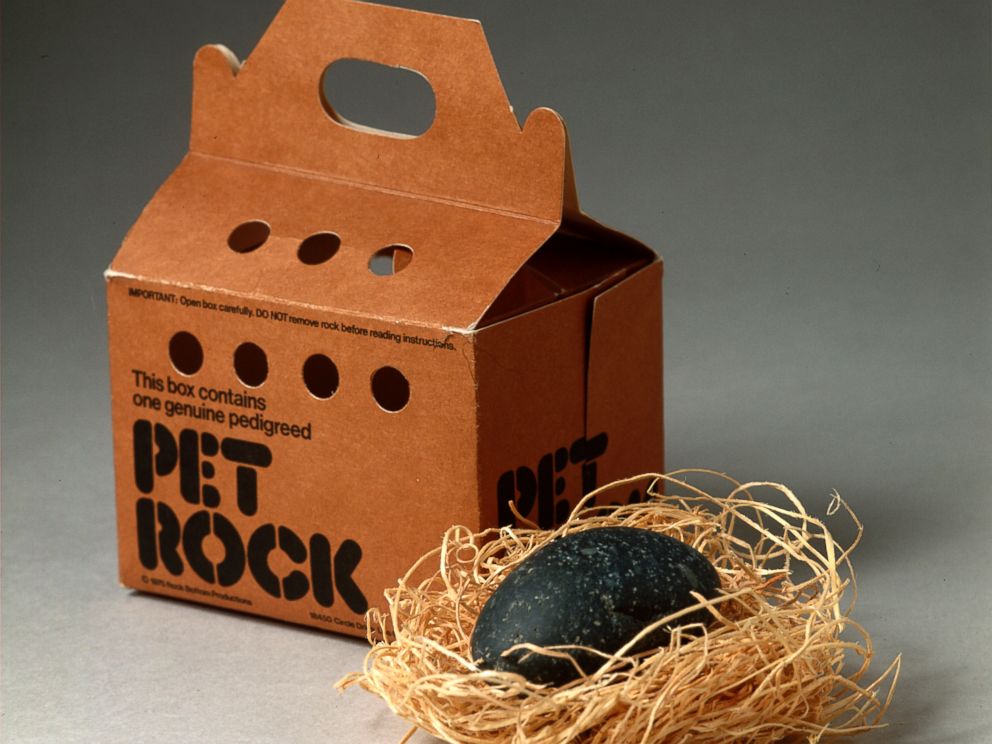 I used to wonder what kind of mind thought of putting a rock in a wooden cage, selling it for seven bucks and calling it a pet.

Oh!  Wait!  Maybe he was related to the guy who shared “Gopher Eggs” with the people of the world!

People without imagination only saw a golf ball sitting in green, Easter-basket grass; some guy figured out non-imaginative people would actually buy them—even if for a prank joke!

Yet I believe God encourages believers to exercise their imaginations as well.  The Apostle Paul, in his letter to the churches in the city of Rome, asks his readers to imagine what it will be like when those God has chosen recognize the Messiah Jesus for who He truly is!

Paul, referencing his fellow Israelites God chose through their founder Abraham, makes this statement about the Jews: “Now if their stumbling brings riches for the world, and their failure riches for the Gentiles, how much more will their full number bring” (Romans 11:12 HCSB)!

Here is Paul’s point: The Jews rejected Jesus during His earthly ministry 2000 years ago and the vast majority of them have rejected Him since—yet all of humanity has also rejected Messiah Jesus!  Yet Rabbi Paul was reminding his readers about the prophecy of the Old Testament—The Torah—that prophesied the Gentiles (everyone not a Jew) and the Israelites as a group will eventually accept who Messiah Jesus is!

So, Paul is telling his readers, “The rejection of Messiah Jesus by the Jewish people has caused me to tell those who are not Jews about Messiah Jesus!”  The result means Gentiles, non-Jews, can now enjoy a relationship with God because of the rejection by the Jews.

Paul could have been bitter.  He could have even been vindictive.  Instead Paul pointed out the obvious.  Gentiles are now being saved, being brought into a relationship with Messiah Jesus!  But wait!  Can you imagine this?  If people are now being brought into a relationship with God because the Jewish people rejected Messiah Jesus, can you even imagine what will happen to humanity when the Jews accept Messiah Jesus as the Old Testament prophets affirm?

Paul continues in this passage it will mean “life from the dead” and blessings beyond imagination on all of those who recognize Messiah Jesus!  There will come a day where the Middle East will not be a source and central location of human strife.  There is coming a day when government corruption will be unknown, justice and integrity will reign supreme and the earth will be healed ecologically!

If God, through His grace given to humanity, can allow our dysfunctional selves to light homes and cool them, to have cars, phones, and anti-biotics, can we ever imagine a day when war is no more, when death is not proud and where justice and righteousness is du jour and de facto?

Imagination is indeed a “good” thing.  Yet the right kind of imagination requires a mind made new by God.

NMSBY (Not My Sin But Yours)

I think this is pretty much a “human” thing—a deep down desire to make other people look worse than we are and the easiest way to do this is to compare apples with oranges; or in keeping with my theme here, “not my sin but yours!”

I’ve been a pastor for a reasonably long time now.  I have had several “older” members in some of my churches proudly and verbally “thump” their proverbial chests and proclaim, “I have never slept with any other woman other than my wife!”  While I find the sentiment admirable, obedient and (especially in my case where death would be immediate) safe, I also find it a complete and utter lie!

Jesus made it perfectly clear in His Sermon on the Mount if a man even looks at another woman with lust in his heart (Seriously?  Do I really have to get more specific here?  Stay on task and pay attention—I’m trying to make a point!) this man has already committed adultery.  Does this mean if I think something then I might as well do it since I’m already busted?

No it does not.

Jesus was pointing out to His listeners (especially those who were the religious “high muckity-mucks” of His day) God knows what we think just as easily as He sees what we do.  Thinking a thought removes innocence.  Doing the deed removes mercy.  Thoughts merely demonstrate the truthfulness of the ancient statement, “There is no one who is righteous; not anyone.”  When we choose to act on a thought we remove any assumption of innocence among others and we end up “reaping the results of the action we have sown.”

In other words, when Sir Isaac Newton came up with his Third Law (action=reaction) he most likely had the aid of his Sunday school training; for every action there is an equal reaction and we reap whatever we sow.  So the individual who was attempting to demonstrate his superiority over others in his fidelity to his wife, only managed to demonstrate his own ignorance of the teachings of Christ.

This tendency to always try to make ourselves look better than others always ends up biting us on our proverbial bottoms, bums and derrieres.

In my part of the world there are many such things, but one which I find more annoying than most is the idea of both alcohol consumption and Sunday sales of said alcohol.  It is not my intention to discuss whether it is okay for Christians to consume alcohol, but it is my intention to point out the shrill nature of those voices who cannot seem to find anything better to complain about. 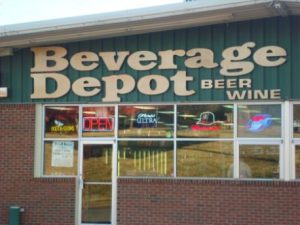 For some of you who live in other parts of the world (not America) even the idea of getting upset about selling a particular thing on a particular day is absurd (not even the Bible places the importance of one day above any other).  Yet follow my thought here.

You live in a foreign land.  In the land and culture in which you were reared taught you certain things were just wrong and your family didn’t do them.  Yet now you are not home and you live in the midst of a people who were not raised as you were.  How do you think your new neighbors would view your insistence they adhere to your “rules” in which they find both foreign and silly?

This is what believers in Christ need to grasp!  We must ask God to grant us the wisdom to separate symptoms from the cause.  Many Christians act like they’re angry booze is being sold on “The Lord’s Day!”  Christians have forgotten not everyone considers Sunday to be “The Lord’s Day”—especially if they do not “belong” to the Lord!

The only thing accomplished by making such a “big deal” about the sale of alcohol on a particular day is those who are squawking the loudest draw the greatest amount of contempt.  My desire is to present Christ in a winsome, attractive way.  I cannot hope to make Jesus appealing if I continually act like a horse’s hinter parts!  Jesus was harsh regarding attitudes and the sin of those around Him—and so should we.

Yet remember this: His harshest comments were reserved for those who claimed to be the most religious.